What Keeps Men from Waiting?

Men aren’t a group of people associated with an eagerness to go without sex. But make no mistake, men suffer just as much as women do from the expectations and delusions surrounding sexuality and romance.

In fact, men’s common inability to wait betrays a deep insecurity next to which women’s fears pale in comparison. 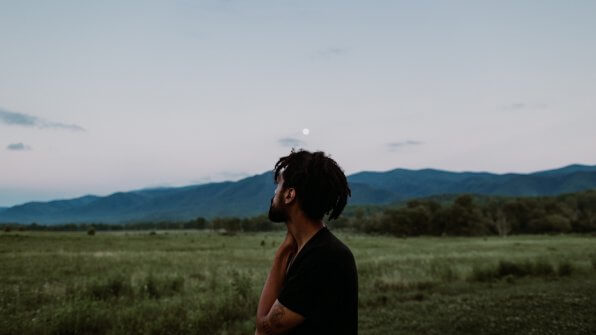 God gave men their sex drive, but He also gifted them with restraint, passion, wisdom, a restless and bold creativity, and the ability to lead and inspire. If you’re a man, all those qualities are in you.

But some men are not aware of this and as a result, aren’t waiting. Here are some of the reasons why so many men are fearful of waiting:

In her book The Eclipse: A Memoir of Suicide, Antonella Gambotto-Burke writes:

The self-esteem of western women is founded on physical being (body mass index, youth, beauty). This creates a tricky emphasis on image, but the internalized locus of self-worth saves lives. Western men are very different. In externalizing the source of their self-esteem, they surrender all emotional independence. (Conquest requires two parties, after all.) A man cannot feel like a man without a partner, corporation, team. Manhood is a game played on the terrain of opposites. It thus follows that male sense of self-disintegrates when the Other is absent.

Habitual players who drive flashy cars and keep a database of women on call do so to curry favor with their boys. Being known as a “pimp” and dating multiple ladies while keeping it cool and dodging drama is the ultimate demonstration of having game. Approval, validation, and self-worth are all based on what other guys think.

“The List” is that unspoken inventory of must-haves that plays on a 24-7 loop in the minds of many men. The List includes: Wealth, power, position, a hot car, great clothes, a huge crib, big toys, and a beautiful, sexy woman on your arm.

The List, however, is a lie. There is no List, no catalog of external achievements, that will make a man more of a man. The problem with the male obsession with the List is that the rewards are transactional—that is, to get something, you have to give up something that you won’t get back. For a lot of men, that something is time with their families, their peace of mind, or their very character. For others, it’s their physical or mental health. Becoming a man—and a husband worthy of the wife God intends for you—requires a deeper understanding.

2. An Obsession with Sex

Many men are addicted to sex and women in the same way that an alcoholic is addicted to liquor. If they don’t have a woman around, they can’t cope.

The man who recklessly gives himself over to his sex drive denies and distances himself from his divine nature. He courts chaos, drama, legal troubles, illegitimate children—everything this side of the plagues that Moses warned Pharaoh about in Exodus. Worst of all, he becomes manipulative and callous, willing to do or say anything to get a woman into bed. He becomes addicted not just to the physical feeling of sex but also to the psychology of how sex makes him feel—and the game he must play to produce this feeling.

Men’s lack of sexual discipline is responsible for a fair amount of the abuse we see in society. Yet our culture still consents to men living with little to no accountability in this area.

God created man in His own image, gifted with a divine spirit and a mind capable of flights of extraordinary vision and creativity, but an addiction to sex turns men into something far less than the image of God.

3. A Fear of Commitment

Somewhere between the exhausting frustration of a life spent chasing everything in a skirt and the fulfillment of settling down with one good woman is fear. For many men, obsessing over sex and reducing women to sex objects is a defense against getting pulled into a real relationship and the accompanying terror of losing their freedom.

Once a man gets tangled up with one woman (says the stereotype), he’s doomed to a boring, soulless domestic life with kids, a mortgage, and sex with the same woman for the rest of his life. For a man raised on the idea of conquest and competition, who’s been living the life of a player, the loss of freedom might look like living death.

But honestly, how much freedom do these men really have? If you’re a man who’s not doing anything with his alleged freedom but chasing one empty liaison after another, are you really free? Or are you enslaved to this type of behavior that controls your every move? God created woman to be part of man, to evoke the best in man, to help you become the best man you can be. Having the right woman in your life will make you a better man. Also, the right woman will bring you closer to your goals, not push you away from them

4. An Obsession with Instant Gratification

Faith can pose a problem even for men who are tired of dating multiple women. Many men lack patience. Many don’t like to wait for things to come to them. They don’t wait, period.

But that’s a trap. Distractions may reduce the temptation to have sex, but if your focus is not on the patience required to grow your faith, you’re not going to do the deep personal work you need to be ready for the woman you’re meant to be with.

Money, sex, possessions, position, and title distract us from spiritual development. Eventually, you need to stop and go toe to toe with the hard questions:

Men crave motion; waiting requires being still and listening. If men can find a way to quell that restlessness and weakness of faith long enough to stop and pay attention, they’ll see God work wonders in their lives.

Now that you know why men are afraid to wait, it’s time to take action! In the comments below, let me know which applies to you most and how you are going to change that TODAY!

For more information on The Wait or The Wait Devotional click here!

Get The Latest News, Events, & Mentor Mail From DeVon!

5 UNWRITTEN RULES TO WIN AT LIFE AND YOUR CAREER

The Power Of Yes